For the last two years I have had a Sony BVM OLED as my main grading monitor and I love it.  It really offers everything that I need to see and then some.  Rich blacks, consistent performance, and fantastic color representation.  The only problem is the size.  24 inches.  That’s as big as they get for now.  For me, that’s just fine, but the way my suite is situated has clients sitting behind me looking over my shoulder.

It’s always been a little bit of an issue since it’s really too far away for the client.  We’ve been able to work fine most of the time, but every now and then it’s a hinderance.  So I recently decided to jump into the market for a new client monitor that would accurately represent my beloved BVM.

The problem is that there is really nothing that will give me what I want – a bigger version of what I have now.  I have contacted multiple vendors, stalked technicians at NAB, and tried to track down any inside info that would give me hope.  All to no avail.  After extensive research and polling of respected peers I narrowed down the hunt to two monitors: The LG 55″ 9300 and the Sony 65″ X950B.

I was able to get both monitors in my suite at the same time and compare them to each other and my BVM. 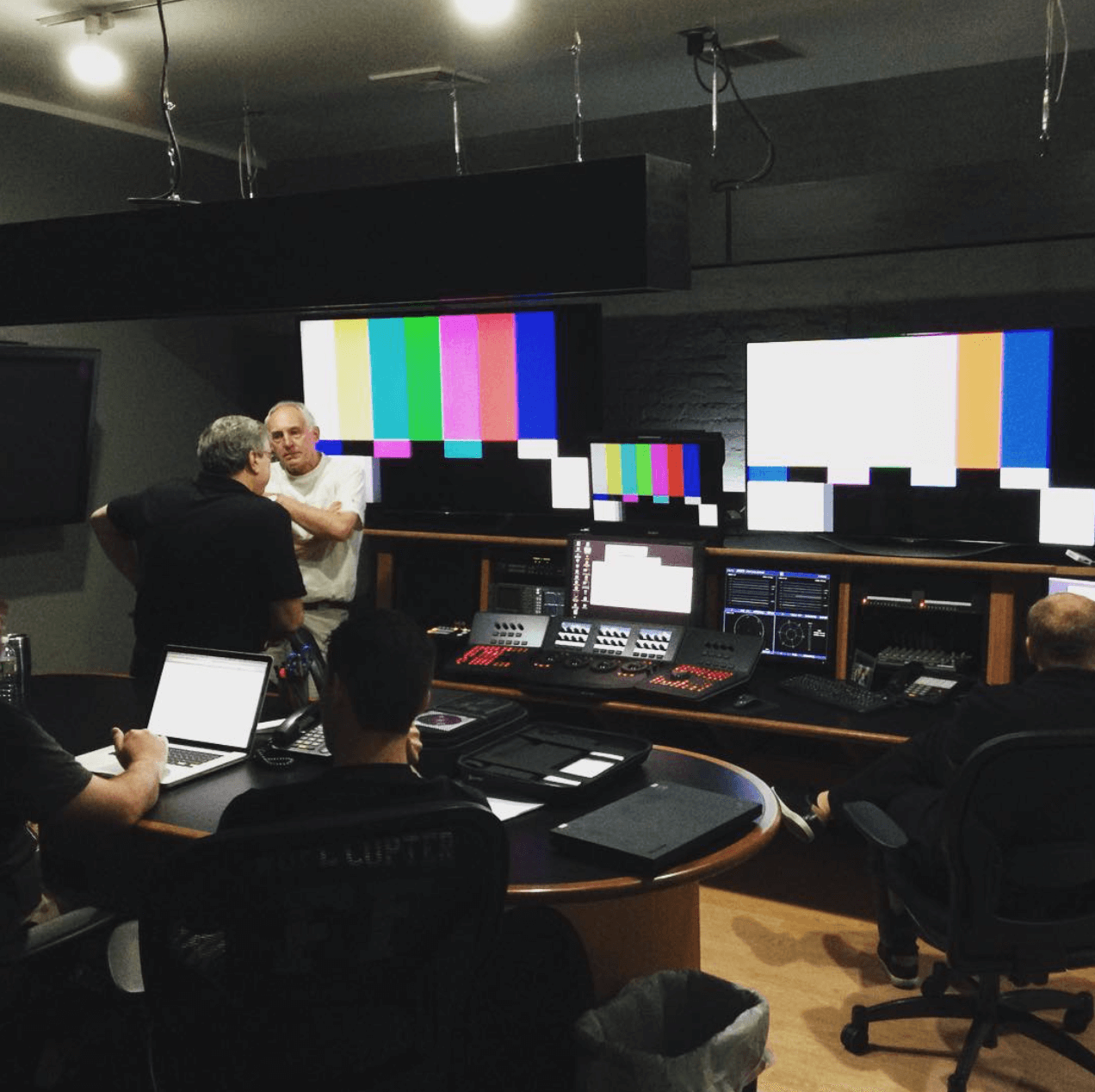 The 55″ LG is a curved monitor that sports OLED technology.  To me, that was the big draw.  I’ll be honest, the curve did scare me a little, but it wasn’t that noticeable when I opened the package.  After a little research I learned that it’s a different type of OLED than my BVM, which left me a little disappointed.  The prosumer monitor is RGB while the consumer monitor is WRGB.  Basically, it’s a lesser version of the technology.  The blacks on it were fantastic, they rivaled my BVM, and I was very happy with that.  But while running tests on some calibration clips there was a noticeable magenta tinge on the left and right edges of the screen.  It was particularly noticeable on white fields.  That was a big strike against the monitor for me.  Uniformity is critical.  I also had issues with the size of the pixels on the monitor.  It’s a 1080 monitor at 55″ so the pixels were more noticeable than on my BVM (because it’s smaller).  They looked fine from the client desk, but I could see them from my seat.  And knowing some of my clients, they’d want to get up close and personal and check out the new monitor.  I felt it was a distraction and looked cheap to me.

When it came time to calibrate the monitor we spent a lot of time with the internal settings.  It did have a plethora of options to choose from and some very nice advanced settings, which I liked a lot.  It took quite some time to get to a good place before we set up the probe to generate a display LUT.  One problem that we faced was LG’s built in a “screensaver” mode that they have to prevent burn in.  So whenever the monitor is unused for a certain amount of time it dims down.  Obviously this made calibration very difficult.  And apparently there is no way to turn it off without a LG technician and special remote.  Seemed a little silly to me.

Ultimately, we got it to a place where I was happy with how the calibration clips looked.  So I worked on some footage while glancing at the monitor every now and again.  I also had a colleague sit in with me to act as a client and a second set of eyes.  While it looked great on calibration clips, it seemed to behave a little odd to me on flesh tones.  Just a little too sharp/crisp.  Almost as if there was too much of a separation between colors. The roll off into the highlights wasn’t as good as I’d like, either.  So I noted that down and decided to move onto the Sony.

The big knock against the Sony is that it can’t replicate the blacks of the LG.  That’s huge.  Clients love rich blacks.  But when I got the monitor up and running, I was pleasantly surprised.  It did better than I thought it would.  There are some viewing angle issues, but I think the way my suite is situated, I should be fine.  Uniformity was solid across the board and it responded well to the internal settings.  I actually got it quite close with the internal settings except for a slight magenta shift over the entire image.  The calibration process went smoothly with the probe and the display LUT generation was relatively straightforward.  Once that was loaded everything lined up quite nicely.  I should also note that the Sony is 4k, so the pixels weren’t as distracting. 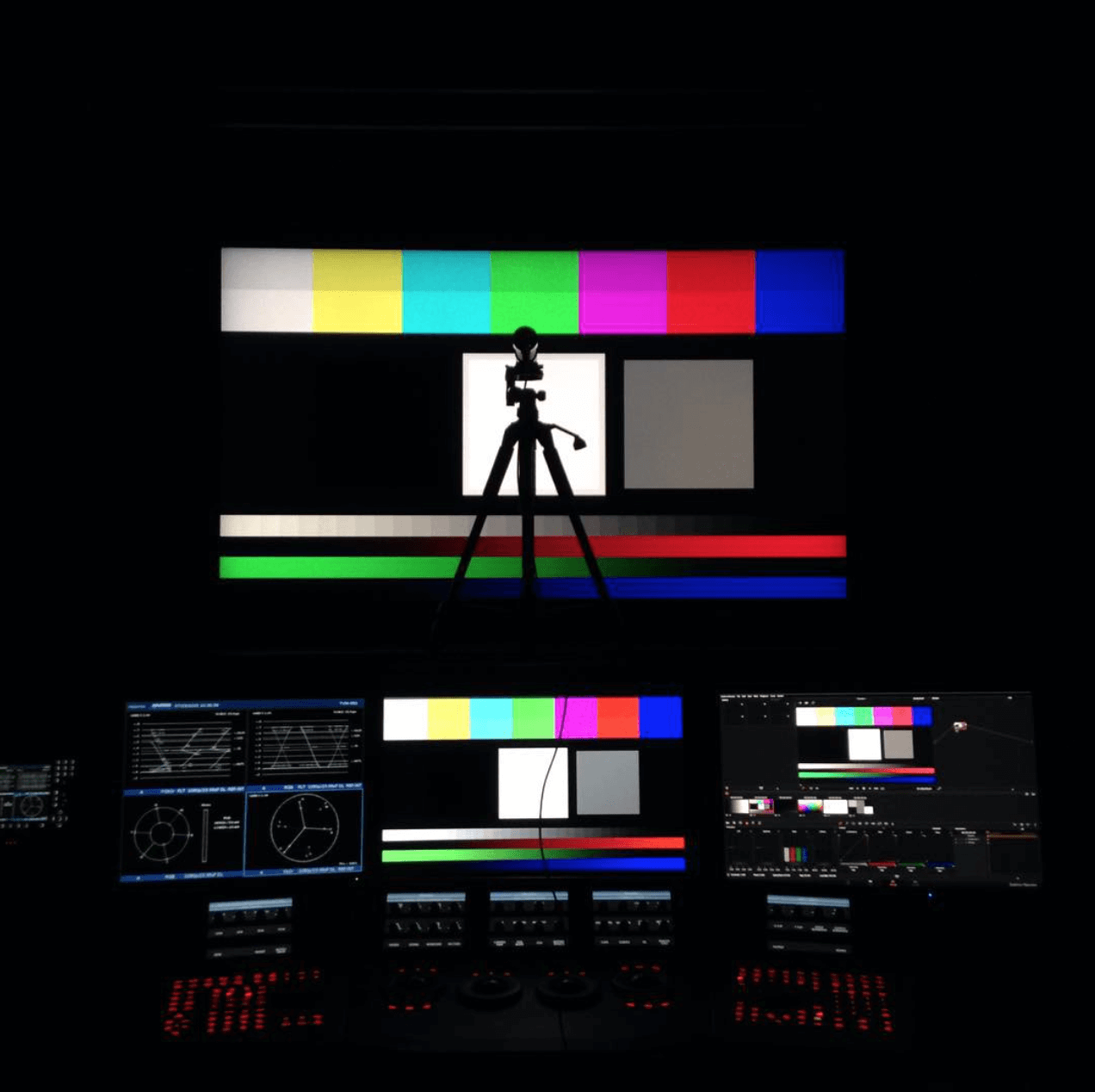 Now, like the LG, I took it for a test ride.  It behaved as I’d like it to.  It felt right.  So I went with my gut and we purchased the Sony.  While the blacks weren’t exactly the same as the OLED, they were very good.  The color accuracy was quite impressive after the display LUT was applied.

There were some things that had to be altered besides the monitor.  We moved my OLED down in front of me and swapped my UI monitor and scopes to different locations.  The desk needed some slight alterations and a couple of shelves had to be built, but all in all, it wasn’t too bad.  One issue for both monitors was a slight (about 6 frames) delay between my OLED and the client monitor.  Since the client can see both monitors, it’s extremely distracting.  To eliminate that distraction we actually delayed my OLED monitor by the perceived amount and now they’re locked up. 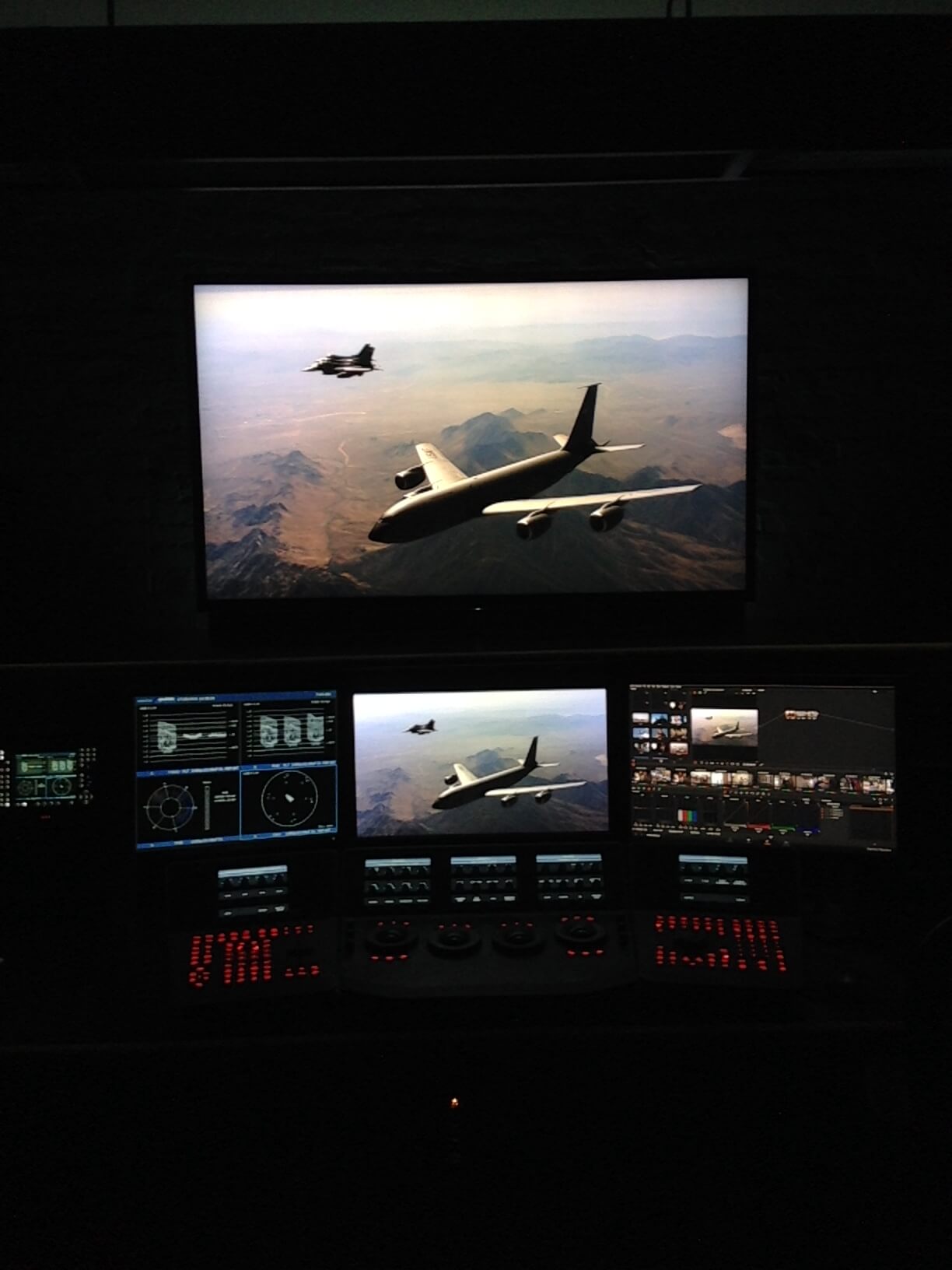 I have to remember that this is a client monitor, not a grading monitor.  It won’t be perfect, but I feel the Sony is as perfect as I can get given the current technology.  This is not THE answer, but I believe it’s the best answer RIGHT NOW.  I have no doubt that HDR will take off and be the next wave of high end monitoring.  So until the technology catches up and can offer bigger grading monitors or better client monitors, this is what I have.  I’m very happy with my decision, but am always ready to answer the dreaded question, “why does that monitor look different?”

I should also offer up some thanks to Robbie Carman, Juan Salvo, and David and Jonathan Catt from Colorscene for all their help and assistance along the way.  All of them offered up insightful information and were instrumental in the process of making this happen.