Lessons From “The Defiant Ones”

The Defiant Ones is a new series from HBO that highlights the careers of Jimmy Iovine and Dr. Dre.  Growing up in the late 80s and early 90s, both men had a drastic influence on the music that surrounded me, so I was naturally interested in this series.

While watching, I couldn’t help but draw inspiration from the approach they took to their art.  I never intended to, but I pulled a lot of lessons from the series that were helpful reminders on how to push the envelope and be successful in a creative business.  That’s the thing that I forget sometimes, that this is a business.  Money still has to be made.  And although we view ourselves as artists, that isn’t what pays the bills.

One of the stories that really stuck with me and it’s similarities to the color world was the story about how Jimmy got into the business.  Just to get his foot in the door, Jimmy took a job sweeping floors at a recording studio in NYC.  He learned about the business by being around it.  Taking in his surroundings and being a fly on the wall.  Then on Easter Sunday in 1979 they called him into work since the lead engineer was unavailable.  So he went into work on a holiday and was handed his first job as an engineer.  It just happened to be with John Lennon.  No big deal.  He had a great quote at this point in the series, saying “Fear is a powerful thing.  It has a lot of firepower.  That was the beginning of making fear a tailwind instead of a headwind”. 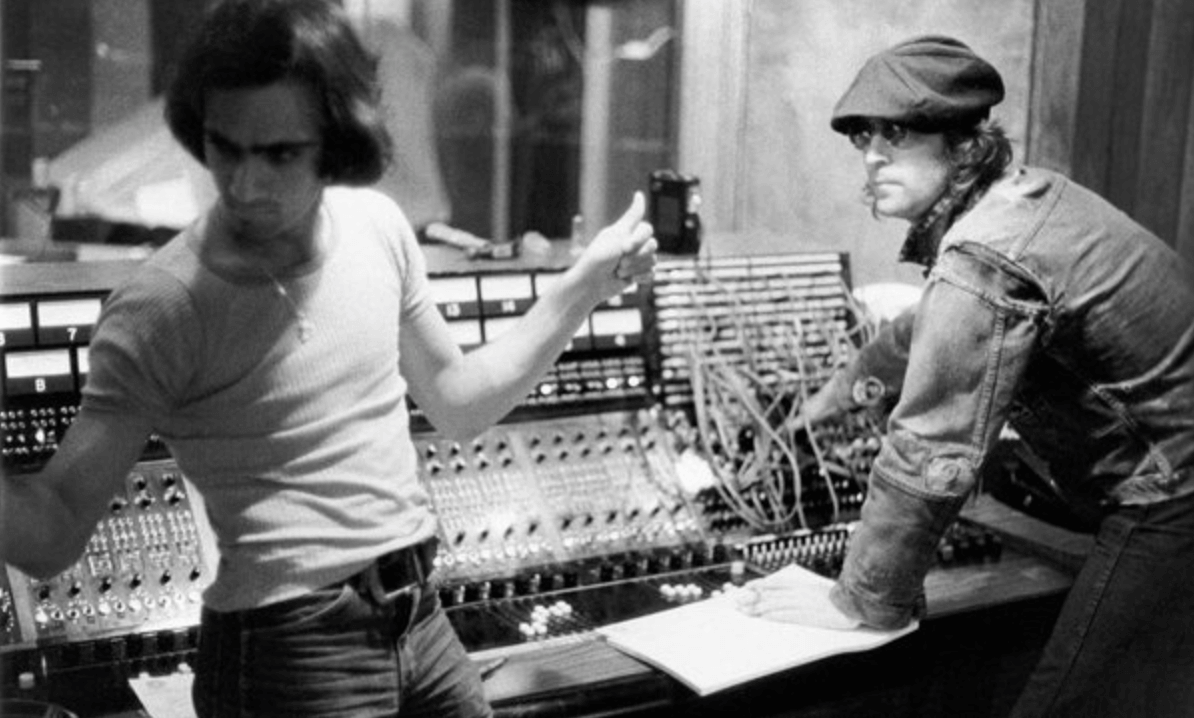 This portion of the story really struck home with me as it reminded me of how I started out in the business.  I knew nothing about color correction.  I had never even handled film before.  But by working at a post house I was exposed to the profession and what it entails.  I worked as an assistant editor for a year and learned more and more about grading during the process.  I eventually shifted my focus and decided to pursue color.   About another year later, I distinctly remember being at the movies with my then girlfriend (now my wife) and getting a phone call asking if I could run a session the next day.  I had already planned on taking the day off to go to the beach with some friends, but I said I was available and that was my first supervised color session.  It was nerve wracking, but I handled it well and learned a lot.  Once I got that out of the way, I realized there were some things that I had to work on and some things that I did well.  So I just tried to take my experiences, learn from them, and better myself.

A little further along in Jimmy’s career he had the opportunity to work on Bruce Springsteen’s iconic Born to Run album.  He credits Bruce for teaching him a work ethic that exceeds the typical 9-5 job.  That is something that I have always been aware of in the color profession.  The job never stops.  Punching the clock and calling it a day is not really an option.  Sure there are slow times, but when it’s time to work, you better be ready.  I have worked overnights, not gone home for days, slept on office couches, you name it.  It’s part of the job.  Deadlines exist and the workload can be excessive.  It’s important not to get burned out, but there is a reality that exists when trying to take your craft to the next level.

While looking back at the recording of Born to Run, Bruce says “There are two kinds of guys that you’ll run into.  One kind wanted to go home at 5 and their interest in what you were doing didn’t exceed the demands of the day for them.  They never lasted.  When you’re trying to push the boundaries and explore new frontiers you need to be surrounded by people who believe in what you’re doing”.

To me, that statement was an exact reflection upon my viewpoint towards creating a successful grading career.  If you want to do something special, you have to put the time in and be 100% dedicated.  If you’re just expecting to sail on by and have jobs land in your lap, it’s not going to happen.

As the album recording continued, Jimmy was getting more and more impatient.  Countless takes and seemingly minute details were becoming an annoyance and making him quite frustrated.  That’s when his boss took him aside and had some words that struck a familiar cord with me.  “We are here to help Bruce make the best record he can.  That’s the job.  We’re not here to make you happy.  We’re not here to make me happy.  We’re here to contribute to the project.  And it’s Bruce’s project.  If you go back in there and say, “I’m here to support you, this is not about me, it’s about the album”, you will have a friend for the rest of your life and learned a big lesson”. 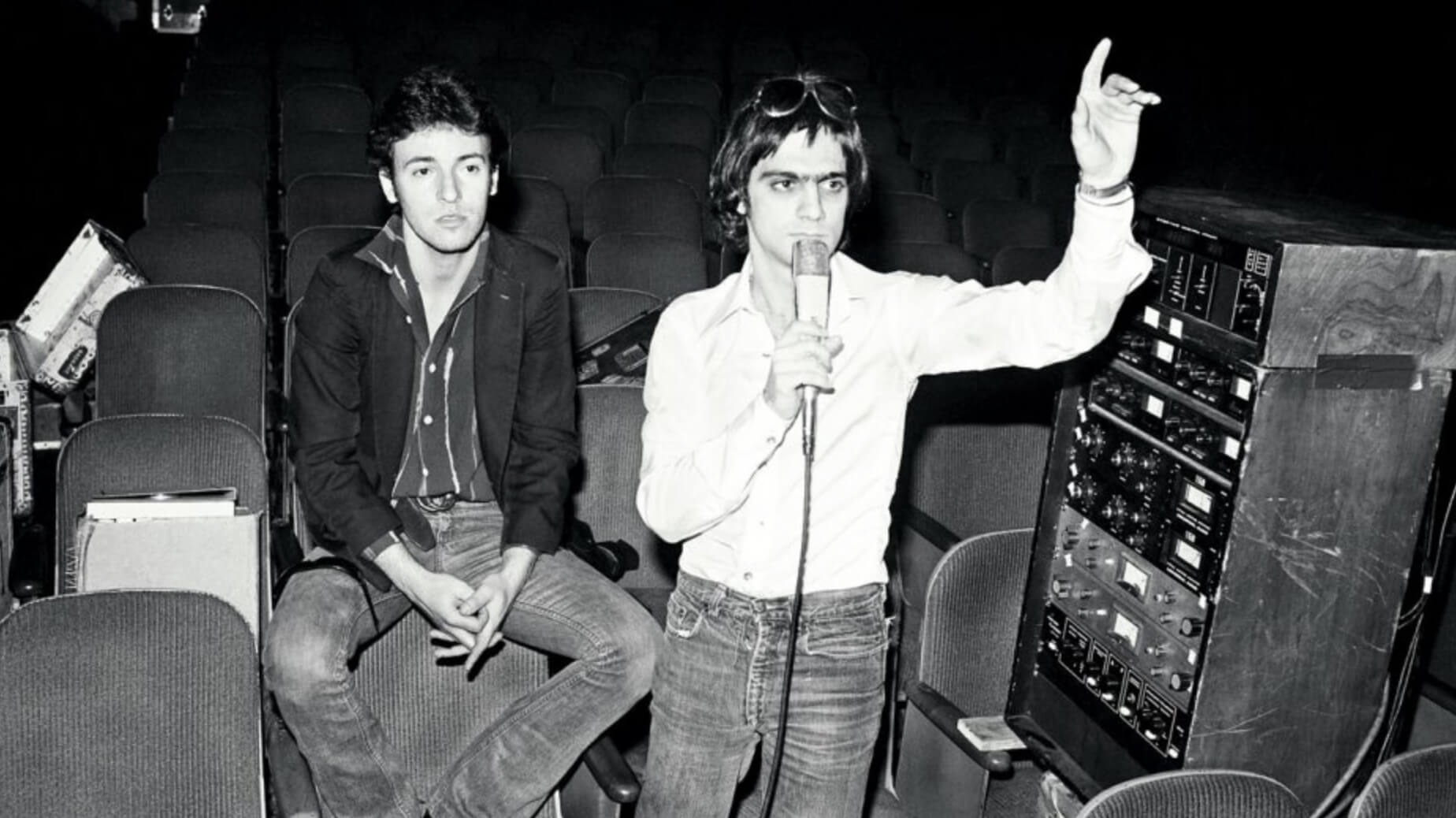 We’ve all had times where we’re working on a session and the client asks for something and you just want to roll your eyes and scoff.  But we have to remember that this isn’t our project.  It’s the Director’s or DPs.  We’ve have been hired to make the project better for them.  While we should still offer our opinion and make sure that everything is properly falling into place, we have to make sure that the job is a collaboration.  We don’t own it.

Once Jimmy’s career moved into the late 80s and early 90s I couldn’t relate quite as much.  He basically became a giant in the industry and was making unprecedented business moves that shaped the world of music.  I’m not quite there yet, but one can hope, right?

As far as Dr. Dre is concerned, his commitment to excellence was always present.  He was going against the grain straight from the start and forming his own creative path.  One of my favorite clips of the series was seeing his first performance on the turn tables in an all purple jumpsuit where he mixed Mr. Postman and Jive Rhythm Tracks 122.  It was an extreme mix of tempos that nobody had even seen before.  Completely innovative and unique.  Just like thinking outside the box and trying new creative color techniques in the suite.  It’s easy to fall into the same routine and go on autopilot while grading and making footage look like everything else out there.  It works.  But it’s not forward thinking.  The real reward is in creating something new.  Something different that people haven’t seen before.  Of course there will most likely be some push back, but if you don’t push that envelope, then you’ll never know.  I have to admit, this is one of my weaker points.  But I have acknowledged it and am working on breaking the rules a little more often to try to create something that I can call my own.

Throughout the series as Dre looked back on his career he had one last comment that resonated with me.  When discussing release dates he mentions, “They’re the enemy of creativity.  You never know when you’re going to be inspired and what’s going to inspire you.  You can’t put a time limit on creativity.  We’re artist.  We’re just being creative, man.  Shut the fuck up and let us do our job.”

While sometimes we all wish we could take a stand and let the business side take a back seat, it’s not too realistic.  I think the mindset is a good one to have, though.  Pull from inspiration and let your creative side go to work.  Try to get lost in the art and not worry about the business side of things.  That doesn’t mean that you can completely forget about it, though.  I’m just saying try to separate the two.  When it’s time to be creative, put the business aspect in the rear view mirror and worry about making the best piece that you can.

All in all, I really enjoyed this series.  It was pretty inspirational to see these two men and their commitment to excellence.  While some may say their commitment to the craft borders on obsessive, in reality, I think that trait needs to exist in order to reach the peak of your industry.  Whether it’s music or grading, the creative process will always play a huge role.  Allowing that creative side to be the drive that pushes you forward while balancing the business side of things is the key to a successful and lengthy career in an industry such as this.  The second you think you have it figured out, you better start exploring new avenues, because what was once new quickly becomes old.  Being on that bleeding edge is something that few can do, but if you can ride that fine line, you have a good path ahead of you.